If you are a person with diabetes, or would like more information on diabetes, please refer to our partner charity, the Diabetes Research & Wellness Foundation (DRWF).

Minimising the emotional disconnect during your consultations How has COVID-19 changed the lives of people with diabetes and how can healthcare professionals maintain contact and offer support?

During Mental Health Week, Diabetes Professional Care will host a webinar focusing on psychological consequences of COVID-19 for people with diabetes. Since the lockdown, professionals working in diabetes are increasingly using virtual technology to consult with their patients. We will discuss the benefits and challenges of this new way of working, which is certain to continue as an important option for connecting with people in the future.

Living in enforced isolation may have consequences of particular importance for people with diabetes, especially those prone to anxiety or depression. We will hear the stories of the diabetes community and their thoughts of how to adapt to life after COVID.

Minimising the emotional disconnect during your consultations 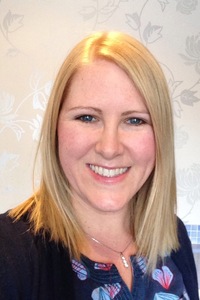 Emma Wilmot is a Consultant Diabetologist with a specialist interest in Type 1 diabetes and technology. She is the founder of the Diabetes Technology Network UK and a DAFNE structured education programme executive board member. She has led the development of national ‘best practice’ guides, online modules and educational events and regularly presents on Type 1 diabetes and technology, across the UK and internationally.

Emma was awarded the University of Leicester medal for excellent PhD performance in 2013 for her PhD “Type 2 diabetes in younger adults” and is currently principal investigator on several diabetes research trials. 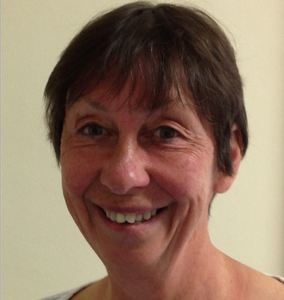 I qualified from University College Hospital, London. At an early stage in my career I moved to the Midlands and by good fortune was offered a part time job as a clinical assistant in the Diabetes Clinic at the General Hospital, Birmingham. This led to a lifelong passion for diabetes, a specialty I have now been working in for 40 years. After specialist training at the General Hospital and at Northampton General Hospital, I was a consultant physician with a special interest in diabetes in Northampton from 1995 until 2013, when I moved from secondary care to the Northamptonshire community diabetes team. I was a committee member of the Association of British Clinical Diabetologists for 9 years and, having co-authored the 2016 ABCD document ‘Standards of Care for management of Adults with Type 1 Diabetes’, I edited the recently launched 2020 update of this document.
In partnership with Charles Fox I have written books for people with diabetes - Type 1 and Type 2 Diabetes Answers at Your Fingertips (question and answer books) and Type 2 Diabetes for Adults of All Ages.
I remain committed to supporting people with type 1 diabetes to self-manage and am a faculty member of the Knuston Hall Diabetes Counselling and Empowerment course, which has now been running for over 30 years and teaches health care professionals how to empower people with diabetes. 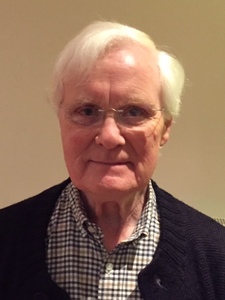 I qualified in medicine from Oxford University and St. Thomas' Hospital and trained in diabetes centres at Leicester, Poole, St Thomas', Exeter and Bristol. Since 1980 I have been consultant physician with a special interest in diabetes at Northampton General Hospital. I now work as honorary lecturer for the Diabetes Masters in Leicester University.

My special interests in diabetes are education, communication and patient empowerment, with particular emphasis on diabetes in people at each end of the spectrum, that is young adults and older people with diabetes. Since 1986 I have organised an annual counselling and empowerment course for health care professionals working in diabetes.

I have worked with the R&D unit at Northampton General Hospital since it was founded in 1982 and have been Principal Investigator in a large number of studies, including UKPDS, DESMOND, 4T and FOURIER.

I have recently become interested in the problem of diabetes and dementia and the training of professionals who work in this area.

Co-author of the following books:
• “Diabetes at your Fingertips” - a question and answer handbook for people with diabetes and their carers. The 7th edition, written with Anne Kilvert, appeared in January 2011.
• “Diabetes in the Real World” with Tony Pickering, a family doctor in Northampton, - for health care professionals. Winner of the Asher Award in 1997.
• “Vital Diabetes” with Mary MacKinnon – for primary care teams, 4th edition 2007.
• “Type 2 Diabetes in adults of all ages” with Anne Kilvert. 2nd edition 2014. Selected in 2017 for the NHS Reading Well project.