We invite people living with diabetes to join our United Through Diabetes event happening on World Diabetes Day!

This promotional webinar series, intended for UK Healthcare Professionals is fully funded and developed by AstraZeneca in collaboration with DPC and the DSN Forum. 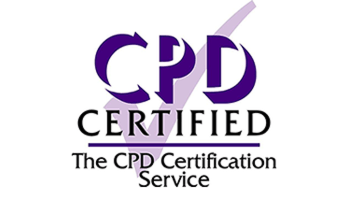 Diabetes Professional Care, the DSN Forum and AstraZeneca are excited to be collaborating in producing a series of 4 live webinars which focus on best practice use of GLP-1 agonists in the management of type 2 diabetes and full training regarding how to effectively use the NEW Bydureon BCise (exenatide) device.

Each of the 4 webinars will deliver the same educational content so that you can choose the most convenient time and date that works for you.

These CPD-accredited webinars are designed for Diabetes Specialist Nurses, Practice Nurses, GPs, Pharmacists, and other diabetes prescribers and initiators. 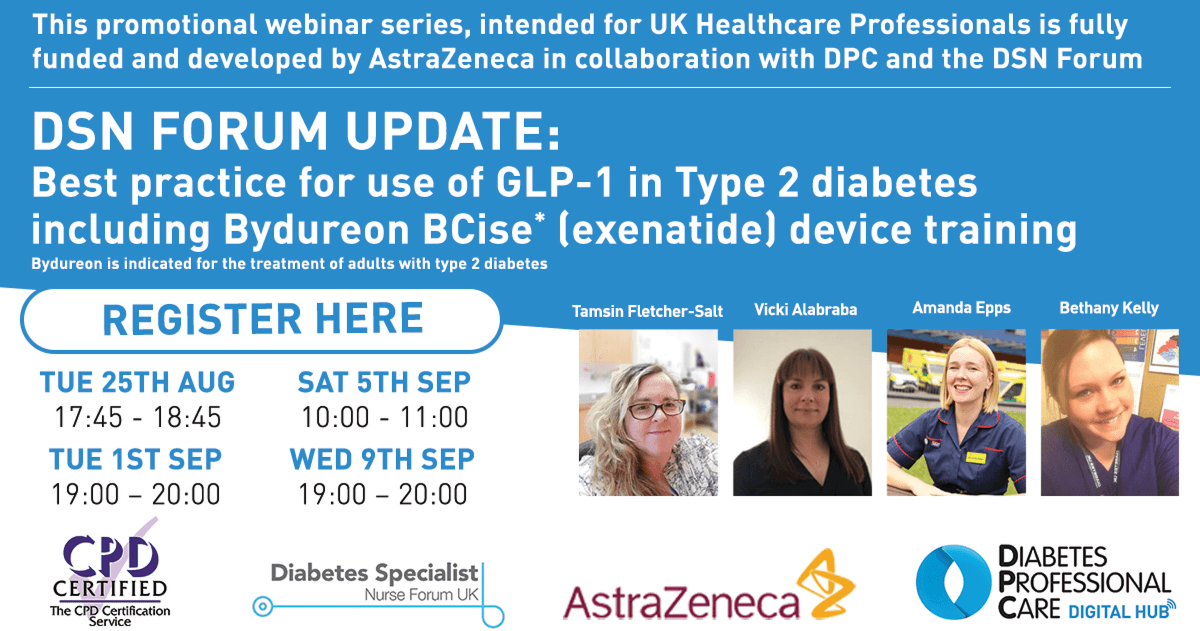 Bydureon indication: Adults 18 years and older: For patients with type 2 diabetes mellitus to improve glycaemic control in combination with other glucose-lowering medicinal products including basal insulin, when the therapy in use, together with diet and exercise, does not provide adequate glycaemic control.

This series of promotional webinars is fully funded and developed by AstraZeneca and is intended for UK healthcare professionals only. 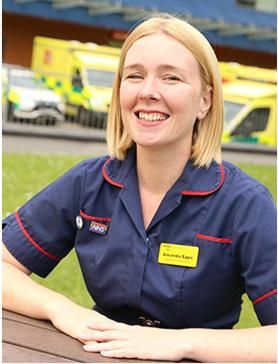 Amanda Epps is a DSN based at Medway NHS foundation trust, she has experience in inpatients, outpatients, pumps and is currently working on a project within a Primary Care Network.

Amanda has a PGdip in Advance nurse practitioning and is currently studying for her MSc in Diabetes at Kings College London. Amanda is also a non medical prescriber.

Amanda founded the DSN forum UK in 2018 and it now has over 1500 members.  The DSN Forum UK has a big following across all mainstream social media platforms including Facebook, Twitter, Instagram, Tiktok. Youtube and linked in. 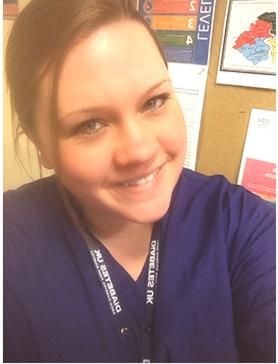 Bethany has completed her first year in her MSc in Diabetes Practice at Swansea University.  She is currently a Type 1 Diabetes Specialist Nurse in Southampton. Bethany also has a special love for all things young adults & tech!

Bethany is a co-chair for the DSN Forum Team & an editorial Board Advisor for @DRWFDiabetes. She is also about to complete her 1st year in her @MScDiabPrac! She more recently set up and curated the Diabetes101 account with a team, during the Covid19 Pandemic.

Bethany enjoys lecturing in diabetes subjects and has spoken nationally at various conferences. She has published various work with leading nursing journals and recognised leading bodies such as NHS England.

The DSN Forum Team won the @QICProgramme award for Healthcare Professionals of the Year in 2018. 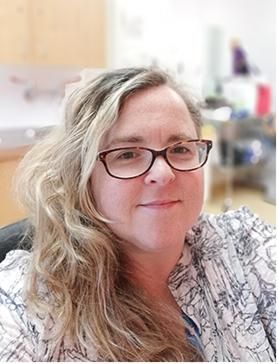 I qualified in 2009 and worked in critical care for 5 years before becoming a DSN. I work with all people with diabetes but I have special interest in technology. I am the lead for the Freestyle Libre in the hospital and have organized the introduction of virtual clinics and insulin pump starts during the pandemic. 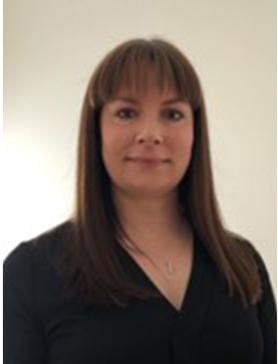 I qualified in 2002 after completing my BSc (Hons) Nursing degree at Birmingham City University. I have been a Diabetes Specialist Nurse since 2005 and started my DSN career in Birmingham before later moving to Liverpool in 2009. I have worked across secondary care in outpatient clinical settings and as a dedicated inpatient DSN and I have also worked as a diabetes research nurse. I have been a non-medical prescriber for a number of years.

In 2015 I moved into primary care and my current role is a community DSN within Liverpool Diabetes Partnership. This is an integrated community diabetes team in Liverpool which became fully operational as a new service in 2015.

Our team has won a number of awards including the QiC Diabetes Hypo awareness week excellence award in 2018 and Team of the year 2018 within our own NHS Trust awards programme.

More recently I became part of the DSN Forum UK admin team and I am also part of the Diabetes 101 (@_diabetes101) twitter team. I am looking forward to starting the MSc Diabetes Practice course at the University of Swansea in September 2020.